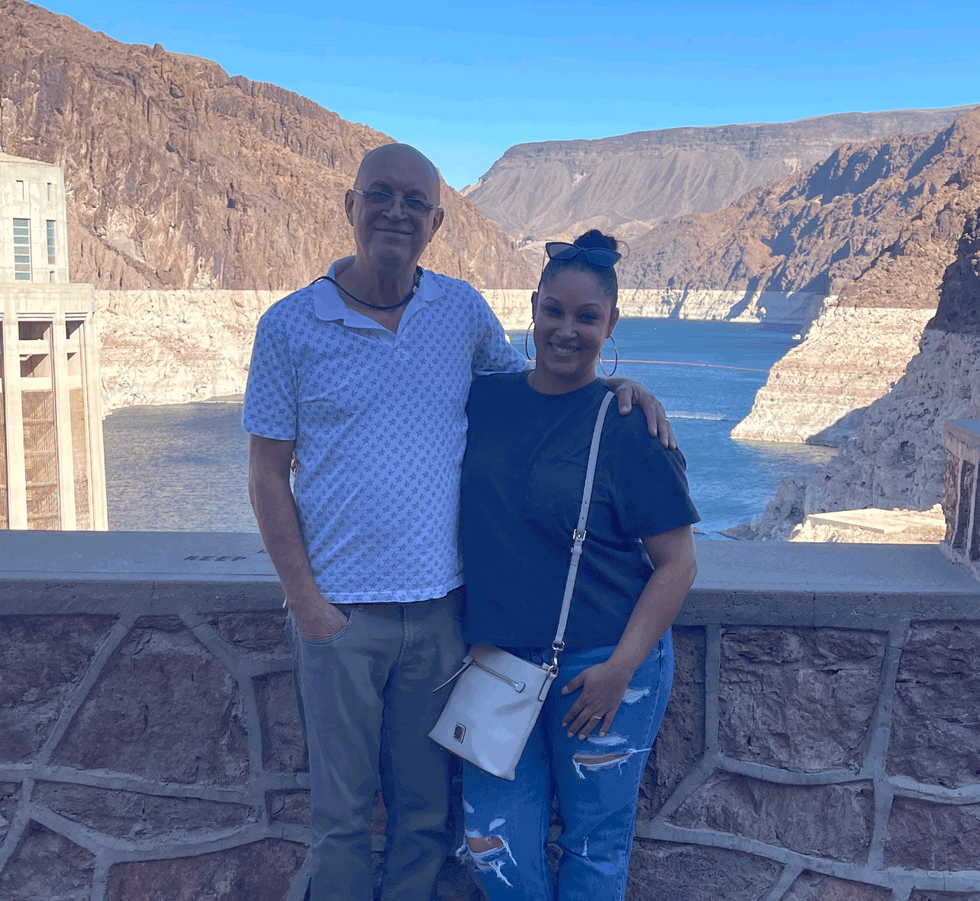 I had heard about DNA testing kits for close to 10 years and finally a sale in early 2019 prompted me to purchase one. I thought it was time to learn more about my legacy and close a chapter in my life.

I never knew my father. My mother was a drug addict and schizophrenic, and my grandmother raised me to adulthood. I didn’t know the story behind my parents’ relationship, except when they met in Hollywood in the 1980s and returned to the south of Los Angeles pregnant. All he told his family was that my father’s name was Carlos.

So my family started telling me I was half Mexican or half Puerto Rican. All I hoped to learn from the DNA test was where I came from.

I clung to the kit for seven months before finally putting it to the test. Two and a half weeks later, when I saw the email with my results on the highway, I pulled over immediately.

I clicked on a tab that let me see my ethnic makeup. My mother is black, so I knew what to expect in terms of my African ancestry, but I was shocked to see links to Eastern European countries as well, such as Russia, Moldova, and Romania.

This was just the beginning. I was also able to see if I matched with others who had taken that particular DNA test. I clicked to see if I had a match, and on the first line was a name — Alex. Our percentage of shared DNA was so high that the results declared Alex my parent.

I couldn’t even hold my breath.

My husband and I then searched for him on social media and found a profile that matched the name.

“It’s him. He looks just like you,” said my husband.

First, I decided to contact her daughter on Facebook. He blocked me because he thought I was a bot but I found him on Instagram and sent another message. I begged him not to block me and this time I attached a screenshot of the test.

A few hours later she replied and promised that after sharing my history with her, she would call her aunt, my father’s sister. Her aunt reached out to me the next day and also wanted to know who I was and where I came from. I told my story again and sent them all my photos. Everyone said I looked like him.

They finally connected me to my dad, who texted me on Facebook. We actually didn’t speak on the phone until two weeks later because she was still in shock that she had a 39-year-old daughter. When we spoke she admitted that she didn’t remember my mother and apologized profusely, saying she never knew she had a child. If it did, it would definitely be there for me, and it was sad that it wasn’t.

He and his family embraced me. My aunt started sending me photos of my grandmother, who was in her 80s and still alive. He also kept me informed about their family background and I talked a lot with my sister.

Although I was excited to find them all, I began to have an identity crisis. My mother died on my 15th birthday and my grandmother died 10 years ago. All my life I had wondered why my father didn’t want me, but I was relieved to know that I would never find him. I closed that notebook about my upbringing because I had the family I always wanted with my husband and children. We had a nice house and a great job in Dallas.

I had a DNA test done just to find out which region I came from. I knew I was half-Hispanic and wanted to know if I was Cuban, Puerto Rican or even Venezuelan. I even went to Puerto Rico to learn more about the culture and try to get in touch with my roots.

Being connected to a different part of the world destroyed me.

My father was a Romanian immigrant and it turned out that I was half Romanian. I didn’t know what to do with this information. Where did I go from there? I felt like a volcano had erupted and I was not prepared. While I’m still grateful for being able to fill a void I’ve lived through in my life, I started going to therapy to relieve the feeling that everything I knew was upside down.

With the holidays approaching, my husband and I decided to take our kids to Los Angeles to visit family and go to Disneyland. My dad asked about my vacation plans, and when I told him I’d be in Los Angeles, he said he was planning a trip from his home in Las Vegas around the same time.

The day we met for the first time was probably the most tense day of my life. I didn’t know what to expect. What if it didn’t show up? What if he withdraws?

But I didn’t have to worry – he got to the restaurant an hour early. We both cried when we saw each other and hugged each other. I asked him many questions and got to know him better.

I felt like I didn’t fit in my whole life. I never felt a bond with anyone by my mother, but I discovered that I shared many of my father’s traits and traits. I’ve always wondered who I look like and if there’s anyone else who looks like me. When I met my dad, I finally found someone who did.

When I took the test, I expected nothing but basic genetic information. Finding my father was a bigger bonus than I had ever imagined.